What home prices will look like in 2023, according to Zillow’s revised downward forecast

There’s no doubt about it: Soaring mortgage rates are an economic shock to the U.S. housing market. Over the past month alone, the average 30-year fixed mortgage rate has spiked from 3.11% to 5.11%. It’s both pricing out some stretched homebuyers and causing some would-be borrowers to lose their mortgage eligibility.

The swift move up in mortgage rates also has research firms re-gearing their housing forecast models.

Heading into 2022, real estate research firms presumed the Federal Reserve would put upward pressure on rates—but not like this. On the year, the Mortgage Bankers Association forecasted the average 30-year fixed rate would climb to 4%, while Fannie Mae forecasted a 3.3% mortgage rate by year’s end. We blew past those estimates weeks ago.

Now, real estate researchers are dialing down their home price forecasts. On Wednesday, Zillow researchers released a revised forecast, predicting that U.S. home prices would rise 14.9% between March 2022 and March 2023. That’s down 2.9 percentage points from last month, when Zillow said home prices would shoot up 17.8% over the coming year.

“Driving the downwardly revised forecast are affordability headwinds that have strengthened faster than expected, largely due to sharp increases in mortgage rates,” wrote the Zillow researchers. “Further risks to the outlook as well: Inventory levels remain near record lows, but have the potential to recover faster than anticipated, which could lower future price and sales volume projections.” 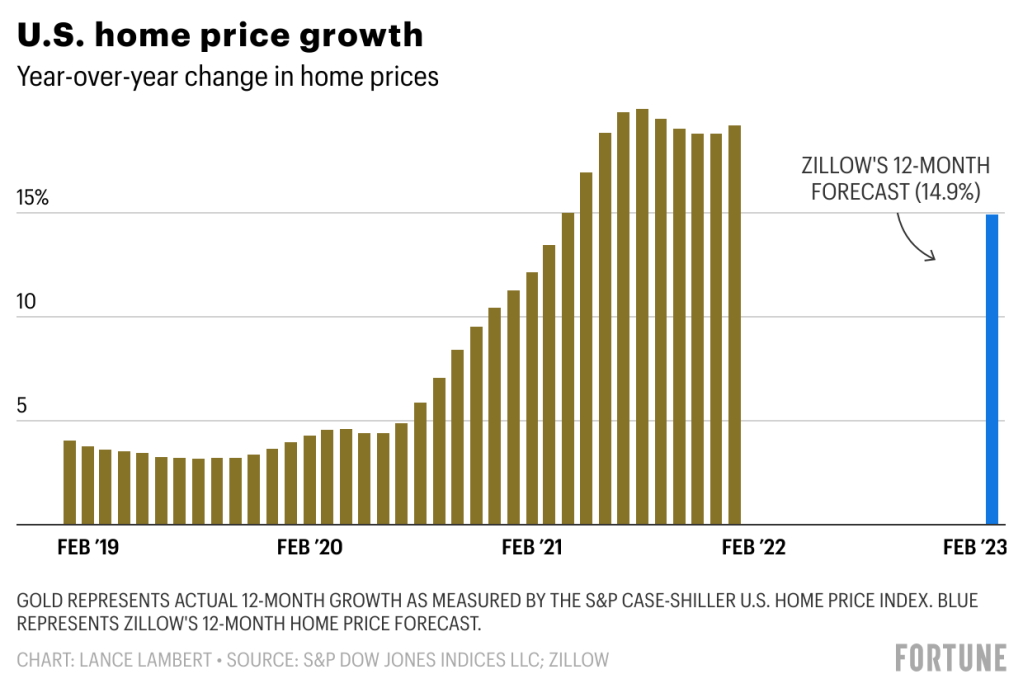 The fact Zillow has cut its forecast shouldn’t come as a surprise. After all, this swift move up in rates is creating a serious affordability crunch for homebuyers. At a 3.11% fixed mortgage rate in December, a borrower would owe a principal and interest payment of $2,138 on a $500,000 mortgage. That payment would spike to $2,718 if taken out at a 5.11% rate. Over the course of the 30-year loan, that’s an additional $208,800. 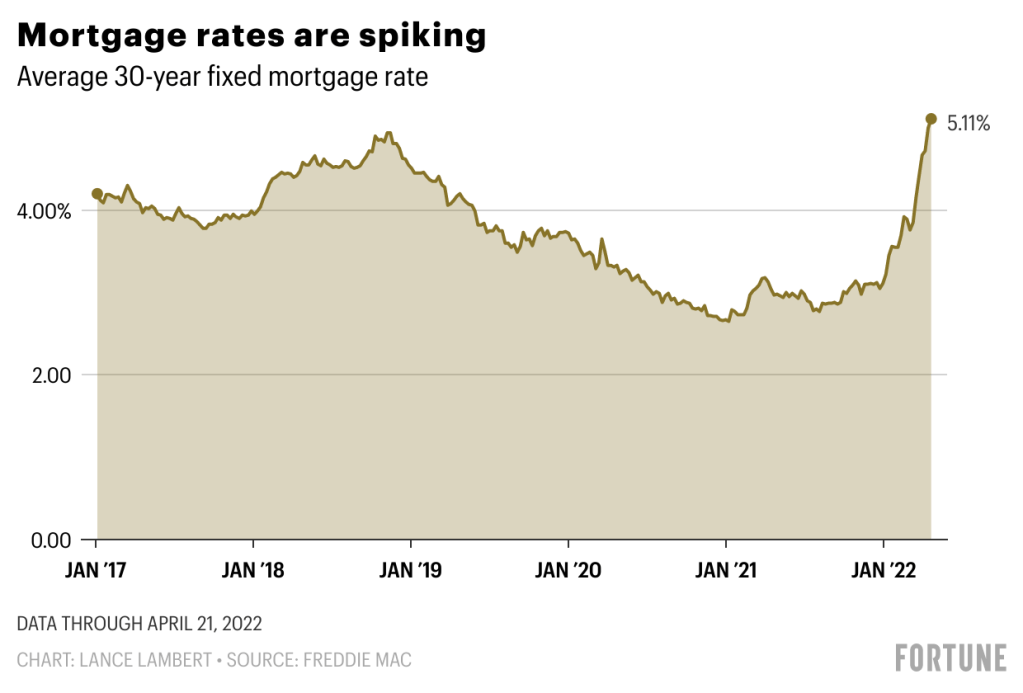 “Even with the downward revision from last month, these figures would represent a remarkably competitive housing market in the coming year,” writes the Zillow researchers.

But not everyone is as bullish as Zillow.

article continues in the link below.

Previous
Housing Sentiment in the First Quarter of 2022

Thank you for contacting us, we'll get back to you shortly.

Curious? Let us help you. 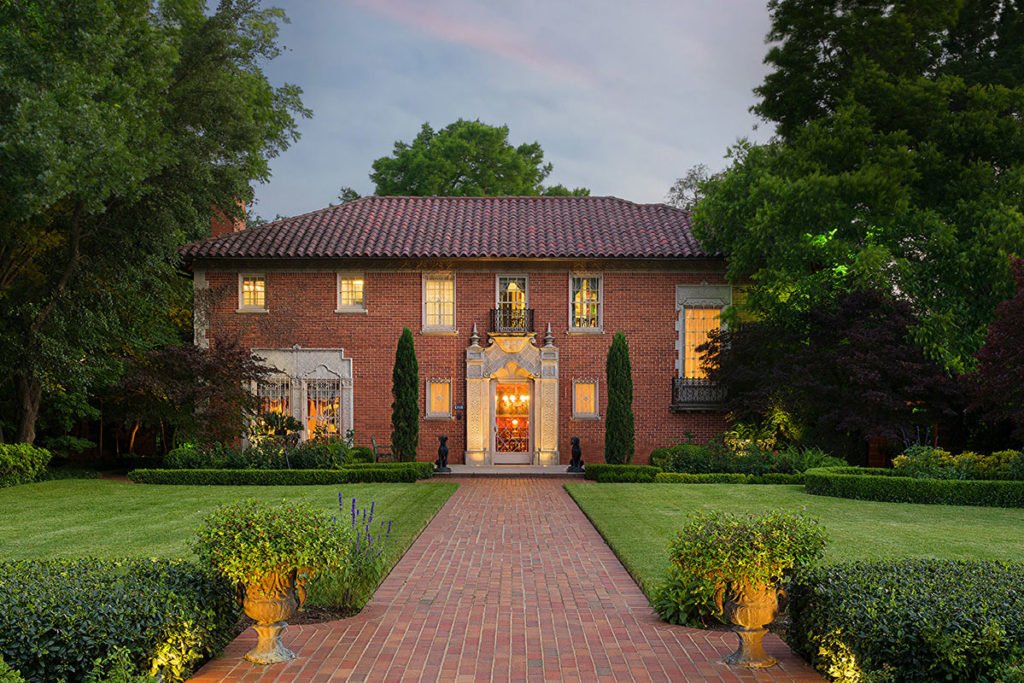 Please fill out the form below to continue browsing. This will not only allow you full access to our website but extra hidden features for only our most dedicated client base.

Thanks for joining! You now have access to the complete site, a personal listing page just for you, and will be contacted directly by Ryan in less than 24 hours. Enjoy the site and welcome to the team! Want more? Click Here to fill out the full form.